What do Chickadees feed their young? 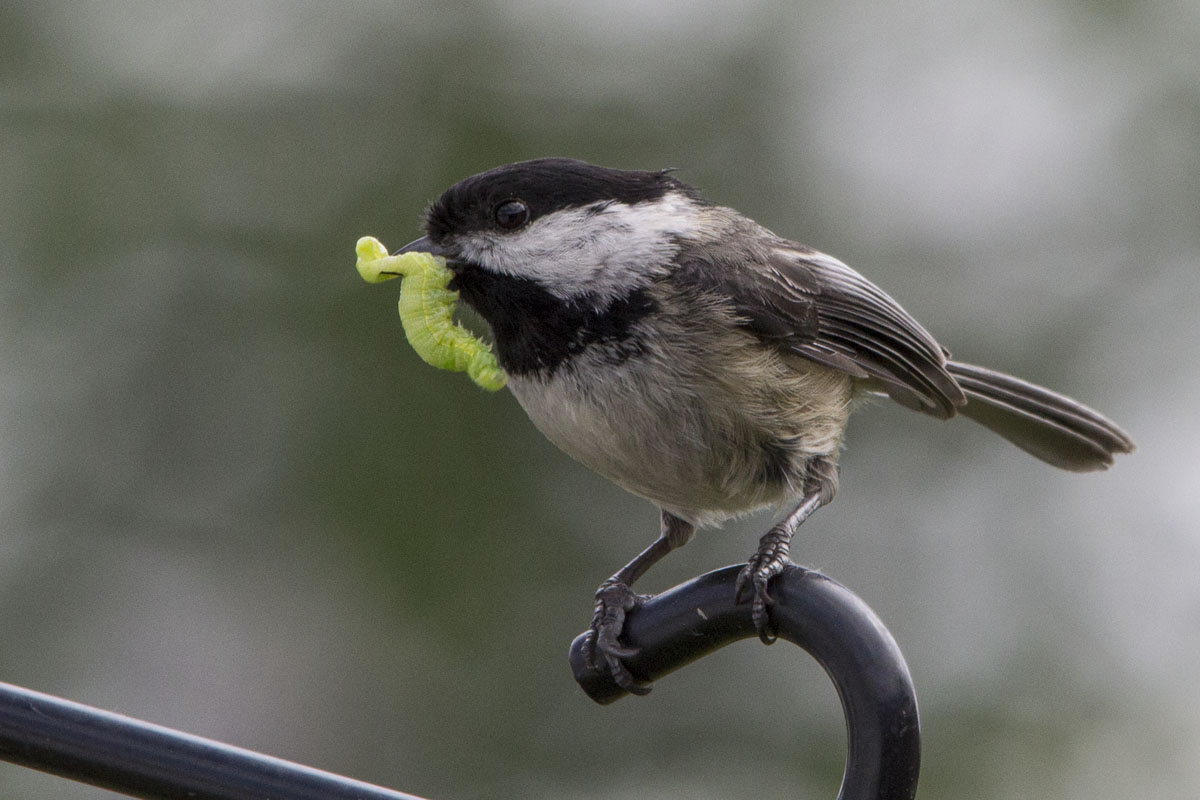 Both Chickadee parents feed their young.  They take turns feeding and guarding the nest.

Above is a photo of one of the chickadees bringing a green caterpillar to the nest. Somewhere there must be a lot of these caterpillars, as hour after hour, these cute little birds find them.  It’s hard to believe, but a pair of chickadees have to bring thousands of caterpillars to feed their babies.  In fact, according to NestWatch, the parents need 6000-9000 caterpillars to feed just one brood!

They also feed them spiders and other insects.  In the below picture, that little dot in his beak is actually a spider! Here’s another photo that shows a Chickadee hauling in a bunch of bugs (looks like a spider AND a caterpillar!). It is my lucky year because the birds have chosen one of our bird houses to nest in!  We put up two of them over a year ago.  This is the first year that a pair decided to move in!  Baby birds that are too young to leave their nest are called “Nestlings” and this pair definitely has some hungry ones to feed!  I don’t know how many have hatched, but I heard that the average brood size is 6.  I am too afraid to look in (I don’t want to disturb them) but if I stand right next to the birdhouse, I can often hear very quiet high pitch calls coming from the nestlings! This is an ongoing photo story about a family of chickadees I’ve been watching. Here are more photos of Black-Capped Chickadees.