Dahlia Garden at Point Defiance Park in Tacoma in October 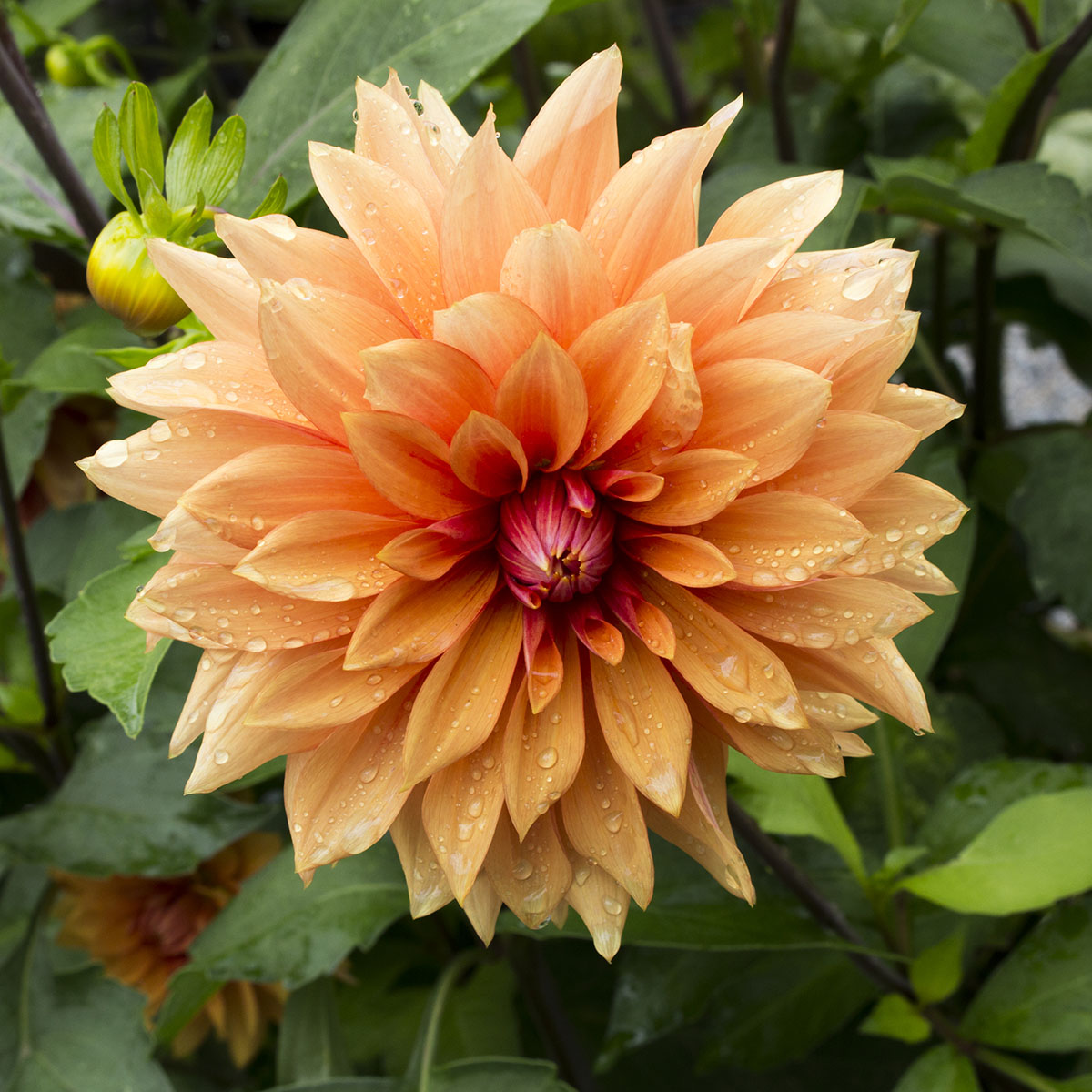 Looking for something to do over Columbus Day weekend?  My husband has noted that we usually have a storm on Columbus Day, but perhaps on the day after the storm, you’ll enjoy visiting the Dahlia Garden at Point Defiance Park, in the North End of Tacoma, WA.

Yes, this year, the Dahlias are still blooming and it’s October!  They are beautiful Autumn flowers!  It’s amazing how varied and elaborate their blossoms are.

Visit after a rain storm, and you’ll have beautiful droplets all over the flowers, adding another dynamic to your photos.

I love photographing flowers.  The very act of composing a photograph makes me pay attention and “be in the moment.”  The later joy of sharing them is just the icing on the cake. The Dahlia Trial Garden produces amazing flowers! The garden is maintained by The American Dahlia Society and flowers are voted on by judges. Winning flowers are added to the classification book. According to the Metro Parks Tacoma Garden Clubs website, the best time to view the dahlias is in August… I think there were more earlier in the season and some were cut down, but wow! Still so beautiful.

You can walk (or drive) down the hill to the waterfront.  There’s a great walkway and you might even see a Seal!  You’ll almost certainly see the ferry, maybe a barge or some smaller boats, seagulls, and people walking their dogs!

Most recently, I saw this blue heron on top of a utility building along the waterfront.  It was high tide and he was just hanging out!