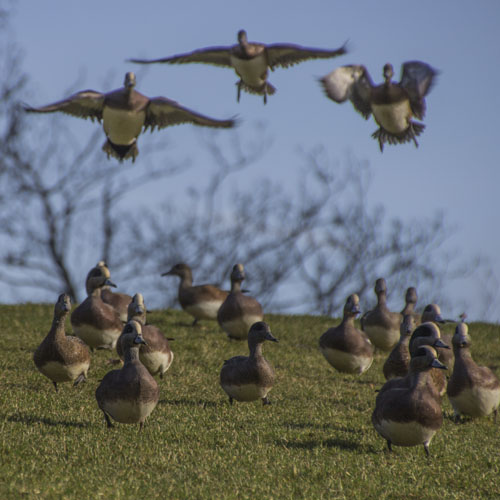 During a winter excursion, I visited Point Defiance Park in Tacoma WA.  It was a warm January and the American Wigeons were sunbathing on the grass near the duck pond (near the entrance, on the left side, in the bowl shaped valley).   I counted and the flock numbered at least 150.  There were also some European Wigeons and maybe even a few Eurasian x American Wigeon Hybrids.   Also, some were swimming in the pond, along with Mallard Ducks.